How the title says, I’m an Exchange Student and I come from very far- I’m from Brazil and I arrived here in May when I started to do PSE (Pre-Sessional English Course), a course to help non-English speakers to improve their English level. So far I can say the experience with the University is really different from Brazil, here we need to be more organized, with time in Brazil we used to have lectures all day, everyday (Mon-Fri) or lectures from 8 to 12. But this is not my real challenge, the real challenge is cooking. Before I arrived in Portsmouth, my skills in the kitchen was near to zero, now I can say: “Cooking is possible to me, thank you Google!”

Well, let me introduce myself my name is Wesley Reuel, I’m from Natal in Rio Grande do Norte, Brazil, one of the hottest cities in my country. I used to say we have four seasons “Summer, Warm, Hot and Super Hot”, if you like a real beach that is the city you need to go to. I’m doing Software Engineering, and this week I got homesickness. Since the Autumn started it is almost impossible not to feel melancholy. I see leaves falling from trees for the first time because the Autumn is really beautiful but it makes me remember my home where we just have Sun all the time. Besides the homesickness the Autumn colours are really amazing and I think I will miss this time when I’m back home.

As a third year student I’ve been through halls, got myself several jobs, balanced work and friendships, endured several shaky housing situations, joined a few societies, explored new foods and managed to obtain good results!
Now, I want to share my journey with you; what I’m doing now, my University choices, a series of advice posts and interesting insights into University life! 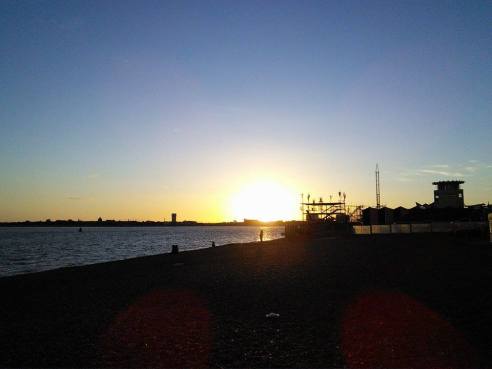 So a little bit about me?
I’m in my final year of Television and Broadcasting which means I help run the CCI TV Channel for the University (if you want to catch us live we go out to Portsmouth Big Screen on Guidhall Square every Friday at 12 o’clock)! I also work for the Marketing Department and am a Student Mentor at the University.
My hometown is Southend in Essex so Portsmouth is a good 3/4 hour journey for me (although it took an astounding 7 hours once!). I enjoy writing, filming and spending my time watching youtube videos of McFly.
My favourite thing about Uni so far (apart from the friends I’ve made and the course) has to be the amount of exploring and adventures I’ve been on. Not only have I explored lots of areas of Portsmouth but I’ve visited the Isle of Wight, Brighton, Southampton (I know, I know “our rivals”) and Winchester! Portsmouth has taught me that the world is my Oyster.

My University experience has been the best three years of my life and I can’t wait to share my experiences with you!

Choosing to study abroad can be one of the biggest most life-changing decision a person can make. For me it was completely random. As a Norwegian I had no intention to study abroad (or in England), it sort of just happened. One day I was browsing through the internet, as you do, and suddenly found myself looking at universities abroad. I knew I wanted to study Chinese and quickly discovered that at University of Portsmouth I was able to study International Relations AND Chinese. I applied, and a few weeks later a lovely woman phoned me saying I had been accepted. I was moving to England!

When I stepped off the airplane in September 2012 it was actually my first time in the UK. I spent a few days exploring London before heading down to Portsmouth. The first thing that struck me was how flat it is! And I love the cute brick houses, we don’t have those in Norway. I was very shy to speak English at first, but quickly adapted to a very English accent and people could no longer tell that I am Norwegian. My first year in university was exciting. I lived in Margaret Rule Halls, met some amazing people, joined some societies… It was a lot to take in, so many new impressions, but I never regretted my decision of moving abroad.

My second year was even better, if possible. As you can’t live in Halls second year I moved into a student house in Southsea with four of my friends. I became the Vice President of the Cinema Society, and kept myself busy arranging socials every week, keeping up with my friends, and, of course, studying hard towards my degree. I met so many amazing people in my second year, much thanks to my involvement with the Students’ Union! At the end of the year I really didn’t want to leave.

And now I’m in my third year. Yet again I have moved countries because this year I am on my year abroad in Wuhan, China. I’m here for one year studying a very intensive Chinese course at Central China Normal University. So far it’s all good. I live in the International Students’ Dormitory with students from all over the world. My Chinese is improving rapidly and it’s great to be so close to the Chinese people and culture. One thing is learning a language in your home country, but learning in the country of its origin is a whole other experience.

Having lived in Portsmouth for two years and now in China I have experienced both cultures and been able to travel a lot and learning so much. I believe I may have some interesting stories to tell and I want to share my tips and tricks about university as an international student with all of you new (and recurring) students at University of Portsmouth. I hope you will enjoy your year!

Here are some pictures from my time in uni so far:

Trip to The Needles, Isle of Wight

It takes a little while after summer to get back into the swing of things at Uni. Getting up at a reasonable time, going to bed at a reasonable time and sticking to a routine is not necessarily something that happens during the summer months. Luckily I was really looking forward to getting started again, dare I say it but our break was almost a bit too long, I wanted to see my Uni friends again and actually have a purpose to my life! The novelty of summer wears off pretty quickly when you realise you haven’t actually got many plans. That being said, I went away with friends to Wales and Turkey, went to Cornwall with my boyfriend and family, as well as going to Victorious Festival here in Portsmouth! I also did some part-time work and had plenty of pyjama days.

Starting back with our course was as busy as we anticipated; as per usual our tutors had no delays in dishing out the work. Our first project was set during induction week, though we’ve pretty much come to the conclusion that induction week just doesn’t exist in architecture, there was no plan to coax us back in slowly. It was inevitable from the start that this year is going to be tougher. Our current design project is twice the size of our last and worth half the credits, plus we have half the time! Just a small challenge! However I’m really happy with my tutor this year, he’s been one of my favourite lecturers throughout my first two years and is really constructive when we’re talking about our designs.

One of the most exciting things about this year is that I’ve made it onto teams for the University of Portsmouth Equestrian Club. I was part of the club last year but I can’t wait to get into it a bit more and ride on a regular basis. It’s so nice to still be able to carry on with a sport I really enjoy, even when I’m away from home and my pony!

I’ll be going home for the first time this term next weekend, which is a record for me! I’m still a home girl at heart but I am finding it easier to spend longer periods of time away from my family. That being said, I’m really looking forward to going home and seeing everyone, mostly for going to my brother’s tennis club on Saturday morning where they make the yummiest cakes ever! It’ll be lovely to have one of Mum’s roasts too…